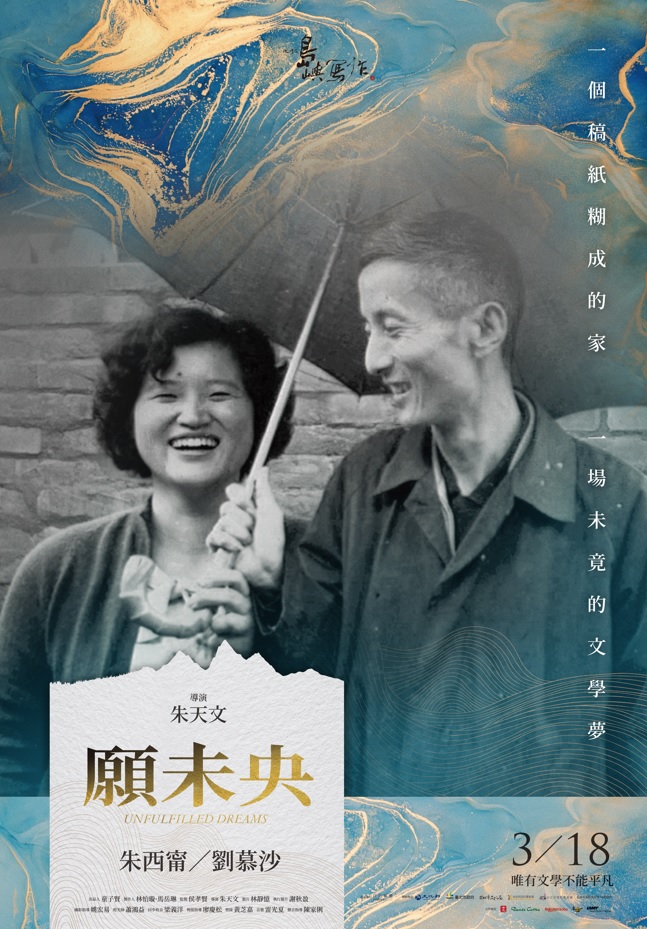 
The simple and poignant story of a fabled literary family, for whom the writing continues

Literature alone must not be ordinary.

Under a sweet osmanthus tree lived an ordinary family, and in their house was a cache of correspondences between the father, novelist Chu Hsi-ning, and the mother, translator Liu Musha. Not quite love letters, these correspondences speak of great ambitions through words such as “literature alone must not be ordinary”. At a critical juncture in history, the military man who followed the Nationalist army to Taiwan and the local-born physician’s daughter met and together wrote a poignant love story.

Chu Hsi-ning devoted himself to writing novels, always renewing his style and coming up with innovative subject matters and ways of writing. Liu Musha translated Japanese literature and introduced great Japanese writers and their visions to Taiwan. The couple eloped for literature and devoted themselves to literature, supporting each other through it all. The documentary film tells of their meeting and falling in love, defying external pressures to get married, building a home sustained by manuscripts, and forming friendships with talented writers, making literature the core calling to which they devoted their lives. They wrote stories and became stories themselves, the pen in their hand always engaged on the literary front, which was a constant presence in their eventful life.

The Chu family’s three daughters compare and connect their parents’ works with childhood memories, reading aloud the letters from their youth, as though from the story of a thousand and one nights, searching through and overturning boxes and chests for the origins of the family’s memories, unleashing a current of faded times. Unfulfilled Dreams is the directorial debut of the eldest of the Chu daughters, Chu T’ien-wen. Along with a production team led by renowned director Hou Hsiao-Hsien, the film crew traveled to China to visit the Chus’ relatives while also filming at the old family house in Taiwan, scenes which combine with cherished family photos and a rich cache of rare historic materials to present the story of how this unique literary family set down roots and branched out. The husband and wife lived a simple life, but always held on to the belief that literature must not be ordinary, a belief that is still faithfully pursued by their daughters with pen and paper.